Readers suffer from instant gratification. Don't they? I know I do as a reader. But as a writer, how do I curb the appetites of my readers without giving away too much or gooping up my openings with backstory and exposition?

In Meg Cabot's ABANDON, there is a small chapter to open the story. Seeing how this story is based off the Greek myth of Hades and Persephone, Cabot uses this page to give some facts about that story through her MC’s eyes. I decided to use this story as an outline because a lot of authors will use this technique. But for this exercise, we’ll skip it and start where Cabot’s story truly begins. 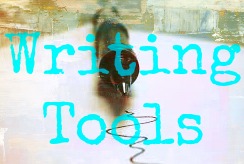 ~CHAPTER ONE~
Cabot introduces the main character to her readers by telling one significant fact that the entire story will hinge upon, which has to do with the MC. Then the reader is thrust into the here and now of the character’s current world.

**For instance: Let's say you have a boy who has a fear of heights. You could open the story anywhere with him doing anything, but somewhere in there SHOW, don't tell, that fear. Later...at the story's climax, the reader is gripping his/her pillow fearful the boy won't be able to save the long, lost dog from the edge of the cliff because the reader is already aware of the boy's fear. The reader also knows the boy must save this dog because there is a secret hidden in the dog's collar which can help him save the universe.

{Lame, but you get my point. Don't over do it. Just SHOW by a brief mention.}

Moving on - Cabot chooses to use a conversation next. She lets her MC sprinkle information about the where and why of what’s going on around her. In this case, it’s a family gathering. As the conversation progresses, the MC sprinkles more thoughts about her family, friends, observations of her world, and what brought her to this place and time. It’s a mix of showing (through the conversation) and subtle telling which always seems to be twined within the MC’s pain/thoughts/emotions. The reader also gets a solid feel for who the MC is: her disposition, likes & dislikes, even hopes and dreams.

Cabot is able to share her MC’s feelings about family members through subtle glances or gestures (shifting in chairs etc…) during the conversation. The MC doesn't have to be obvious or come right out and tell the reader. It's there through her subtle actions and reactions to her world around her.

Finally, the MC has one major reactions to her surroundings, changing the scene, it's mood, and purpose. This setup gives just enough and moves the reader to chapter two, where action will take place and some of the questions left unanswered by chapter one are then answered.